After my couple of quick days in Hokkaido, I continued on my farewell travels of Japan, catching another discounted flight down to Nagoya. I took a train to Ichinomiya, where my friends lived. This is the couple that I had been in contact with from before I ever arrived in Japan because they worked for the same company I would spend 2 years working for. We had some time to hang out, went to dinner with 2 of our adult students from Mizuho, and spent time hanging out a bit.

On one of the days, early in the morning, i took a train into Nagoya, then grabbed a cheap highway bus down to Osaka for a night to visit with another American friend, Kasie, whom I met via Couch Surfing (she stayed with me in Takayama 2 years prior). We got sushi and frozen yogurt and people watched a bit, and took the obligatory photo booth pictures! 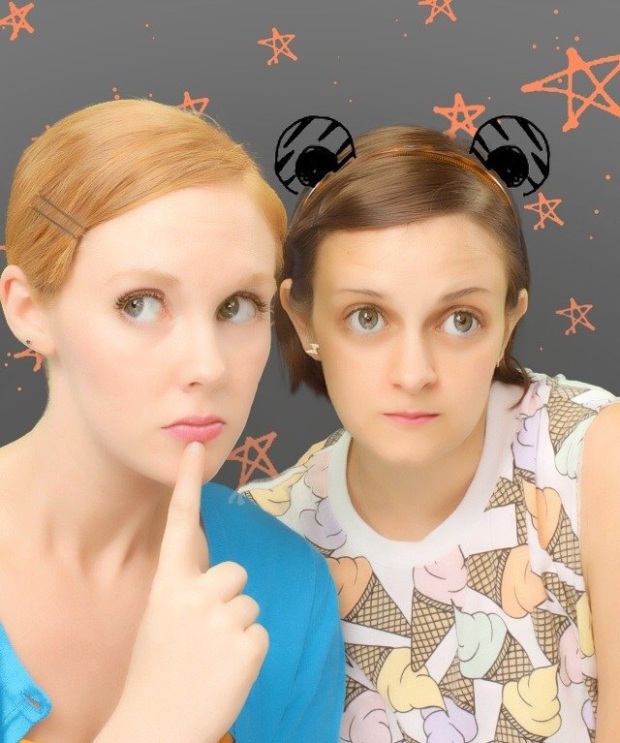 Later on in the evening, I checked into my capsule hotel, which was hard to find – most of them are for men only, usually utilized by business men who’d been out drinking after work too late and missed the last train home! After getting a sight of where I’d spend the night, I headed out to attend the opening party for a cafe belonging to my friend Akira and his wife, Hitomi.

I met them back in 2011 when I visited Osaka & Japan for the first time, and couch surfed with them. They had since gotten married and finally Hitomi achieved her dream of opening a cafe (Mmm Que Rico). It was really cool, and they showed me all the special details of the decor that they had spent the year before working on by hand, and then they kindly introduced me to some of their friends who could speak English so I wouldn’t feel awkward with my basic Japanese language skills. (Some more pics from Mmm Que Rico here) 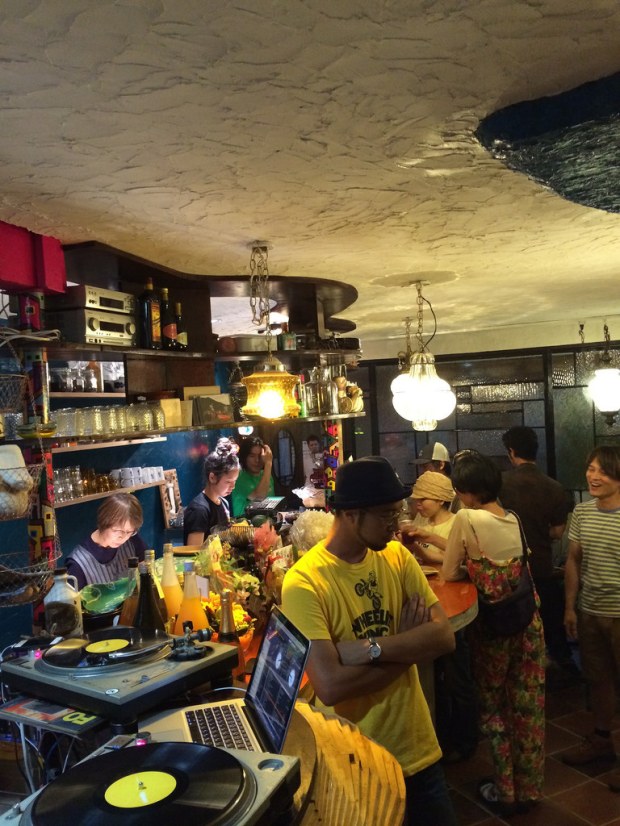 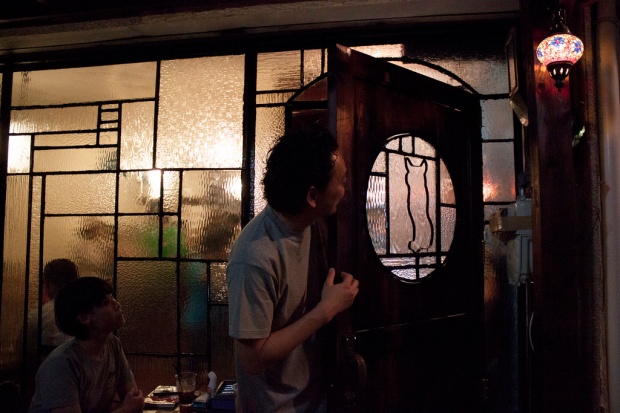 Akira pointing out the special cat detail in the door’s window at the cafe. 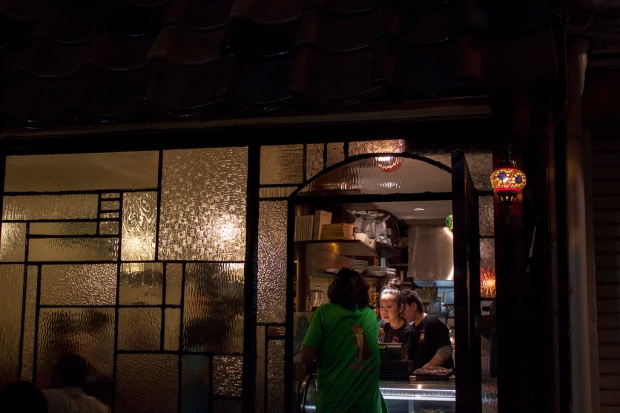 Hitomi working hard behind the counter of her cafe in Osaka

One person I met was Mitsugu who was from Tokyo and a best friend of Akira. He had sculpted a cat sculpture for their shop and was an aspiring manga artist & photographer. He let me check out his sketchbook which was full of super cool drawings and I felt really lucky to get to see it first hand! As the night went on, some of their friends with kids stopped by and they brought a tiny little kitten with and they took turns trying to hold it and putting it back in the plastic basket it had arrived in. As the night went on, a little rain started to fall and I figured I should head back to my capsule hotel to sleep before the trains stopped running. 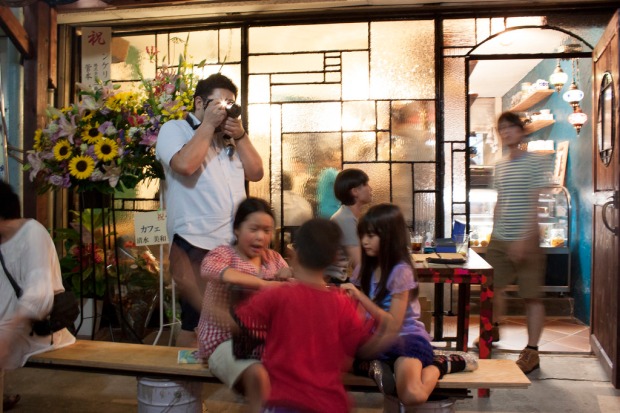 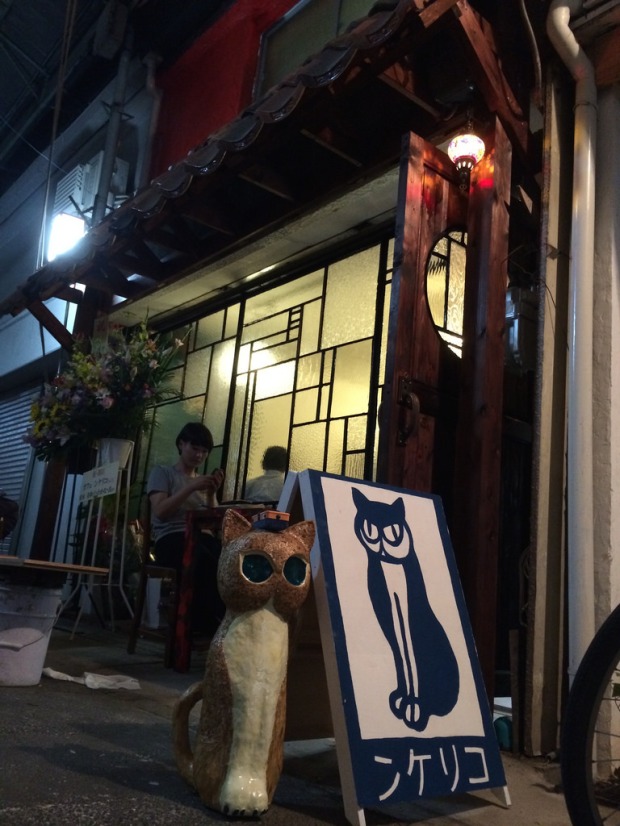 Hand made cat sculpture at the cafe in Osaka

The following morning, I caught another highway bus back to Nagoya for a final night on the road. Once back to Nagoya, I went back to my friend’s apartment and we joined with another American couple of friends and friends from Gifu, Shinsuke & Kosei for a final dinner together. Shinsuke chose a restaurant for us and we had yakiniku (that awesome yummy grilled meat!) and all kinds of other delicious foods. I’ll try to explain this but it might be confusing. The restaurant was called ’29’ and in Japanese, 2 is ‘ni’, and 9 is ‘kyu’ so: ‘ni-ku’. ‘niku’ is also meat. ALSO, it was the 29th of the month, so this niku restaurant had a special menu for us that is only offered on the 29th, so it was extra interesting when someone pointed those details out. 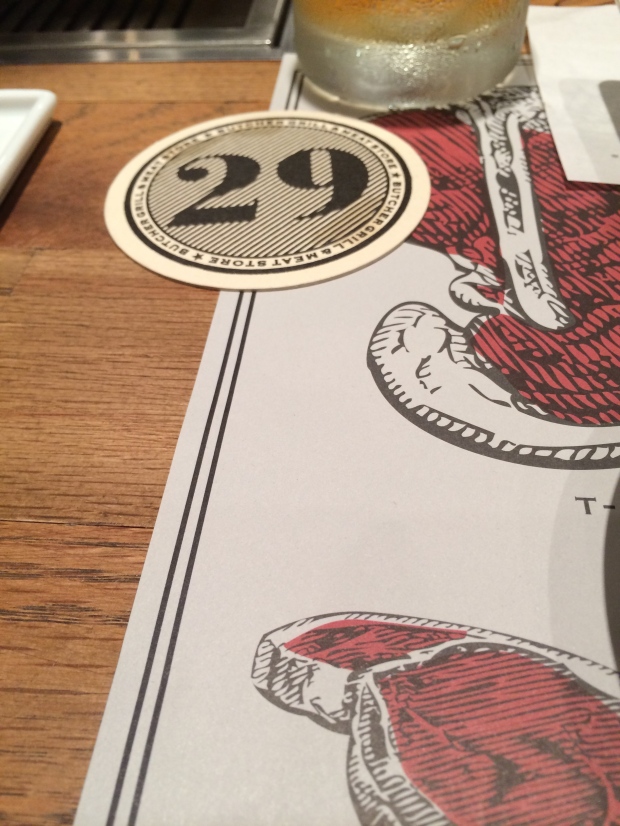 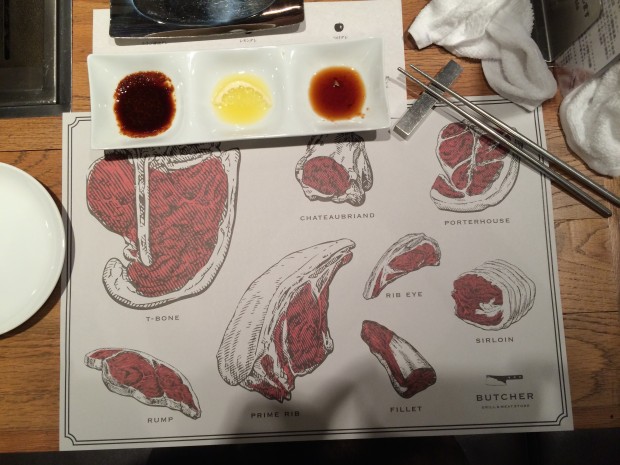 The placemat at Butcher – the 29/niku/meat restaurant.

We took some pictures at the end and stood around the parking lot while Kosei played a little guitar and we chatted trying to find a way to say goodbye (SEE YOU LATER!!!) and go our separate ways. I’ve since gotten to see Will & Nicole when they came back to America to visit family last fall, but I can’t wait to go back to Japan and hang out with all these guys again sometime! 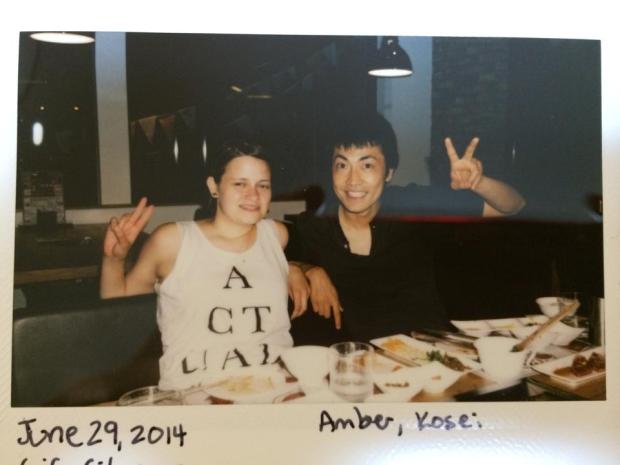 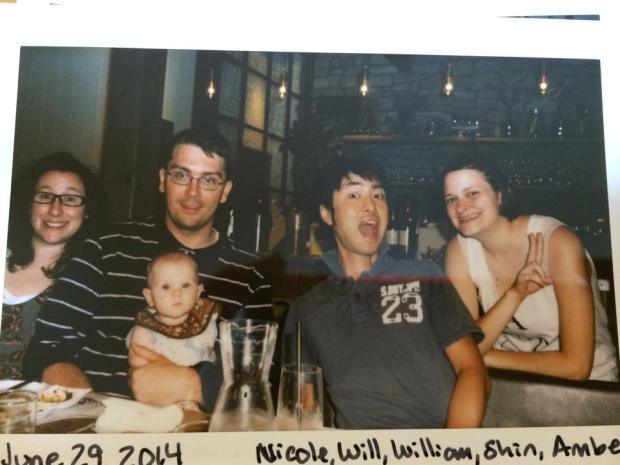 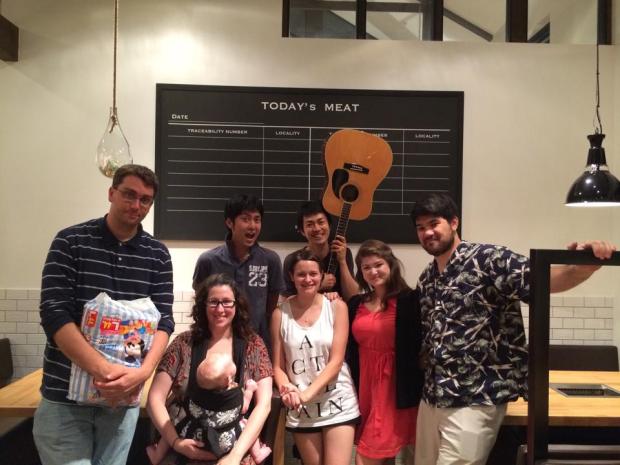